This post is part of the series called “The Future,” an in-house research and design project, which explores the impact of forces like technology and socioeconomics on shifting urban environments in the 21st century. To read more on the background of this work, click here.

Initially, we found that in many urban environments, PLAY was often limited through strict regulations, privatization, and personal interests dominating over those of the community. These affect how private spaces interact with their surrounding context, limiting the amount a city can foster community, openness, and positive growth.

We’ve therefore developed three tenets of Play, or “archipleasures”, in order to pursue an endeavor to truly bring about change within an urban environment:

Attaining deep knowledge of local laws allows us to then explore creative ways to bend the rules of certain restrictions, expanding upon an otherwise limited outcome of projects/ideas. This includes appropriating existing infrastructures and their established uses, as well as experimenting with alternative, perhaps more sustainable practices in the process. Because we’re systematically thinking outside of what is generally accepted as traditional programming, in this sense the goal is to “hack” what currently limits the ability for a city to really flourish in more progressive ways.

Some examples of small-scale “hacking” we have found include Santiago Cirugeda’s “Containers.” Exploiting the loophole of city planning, Cirugeda decided to re-adapt old dumpsters in order to provide a new type of playful service to Seville, Spain.

Another, much different example of “hacking” can be a project from MIT Media Lab entitled “OpenScope”. By combing the idea of open source technology and science, this mini-microscope can be attached to anyone’s iPhone, allowing people to learn and share images of their microscopic worlds beyond the borders of their day-to-day physical environments. 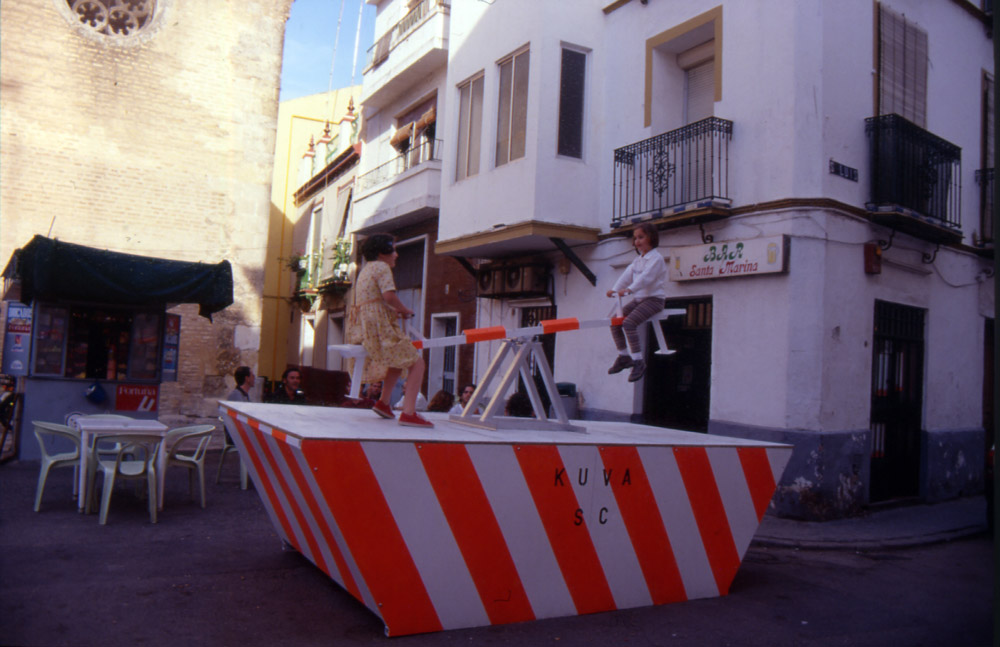 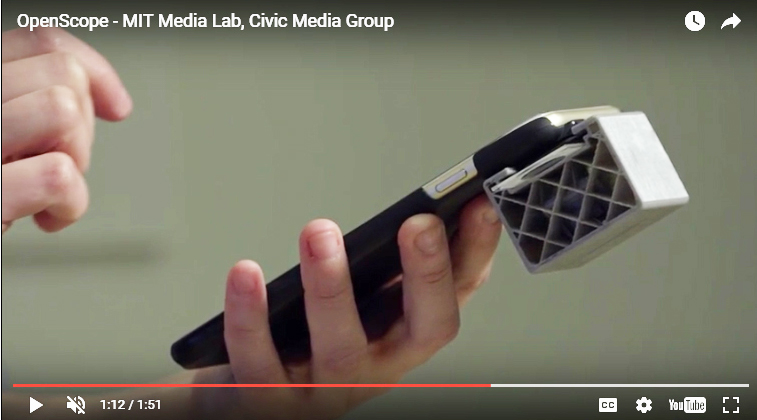 Going along with hacking, we need to make sure any necessary changes are open to transformation and growth later on. Exploration of flexibility includes making sure users have the option to experience distant environments and cultures, always continuing to think outside of their physical context. This could include moving a group of users to underrated areas, bring local goods/events to various locations, and even implementing virtual systems in order to nurture connection and learning.

In making community our last tenant of play, we want to emphasize that each new project should be a joint effort benefitting locals and visitors alike. A careful consideration should be made in serving the immediate and projected needs of the local inhabitants whilst simultaneously allowing visitors to take part.

We initiated research related to community development, urban hacking, mobile/temporary pavilions, zoning restrictions, and Civic and NGO documents in order to begin understanding public space and its history within a city context using these various sources:

Now, focusing on Kingston, New York, these principles remain a dominant focus for the intended project implementation, and we are continuing to incorporate these aspects of our research in order to create a locally sensitive and invigorating new atmosphere. 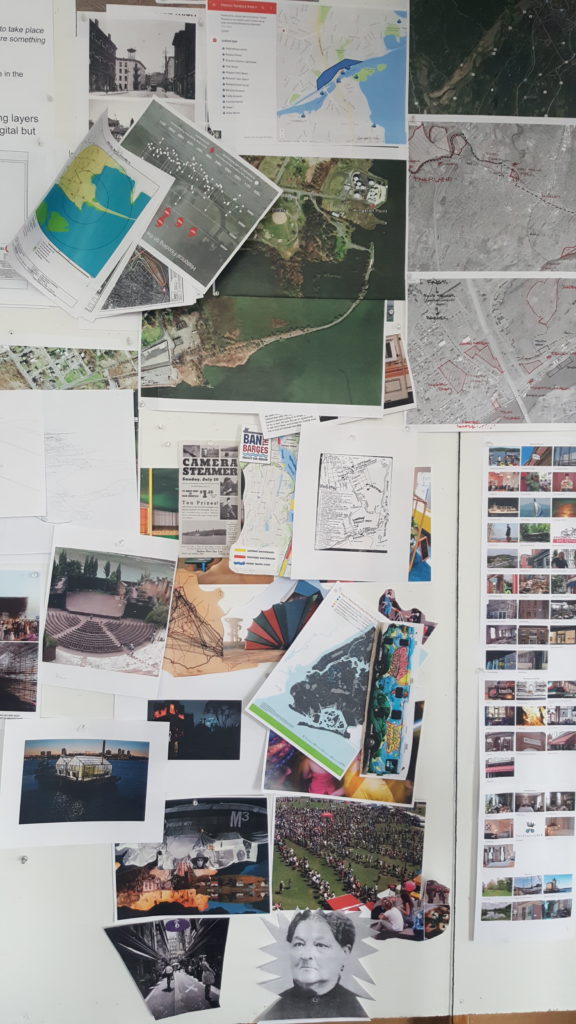