The ABC’s of Danger!

If you live with us here in New York, you know that commute problems are probably the number one topic of conversation (the only other real competitor being the ever-changing, ever-angering weather). Most complaints follow the same basic premise: “The _ train was running soooo slow today,” or “Someone got sick on the _ train,” or, “Someone passed out on the platform at ________ st/station today (bonus points for commute + weather). Or, the truly unbelievable, “My train just wasn’t running this morning.”

To avoid these problems, and consequently these conversations, a few of us here at Mapos ride our bicycles to work.

The idea of riding in the city is a beautiful thing – get some good exercise, save some money on metrocards, avoid the aforementioned terrible train service, and look super hip sweaty, all of the time.

It’s been nearly a year now that I’ve been commuting every day, and let me tell you, it’s really not that great, and it may not actually be worth it.

However, in case you do decide to join the insane few in the bicycle game, I made you a list of things to watch out for, because although I don’t show it, I do actually care about you. (Unless you ride your bike going the wrong direction. Then I really, really don’t).

See below for your handy dandy Danger ABC’s.

And be safe, dear commuters. 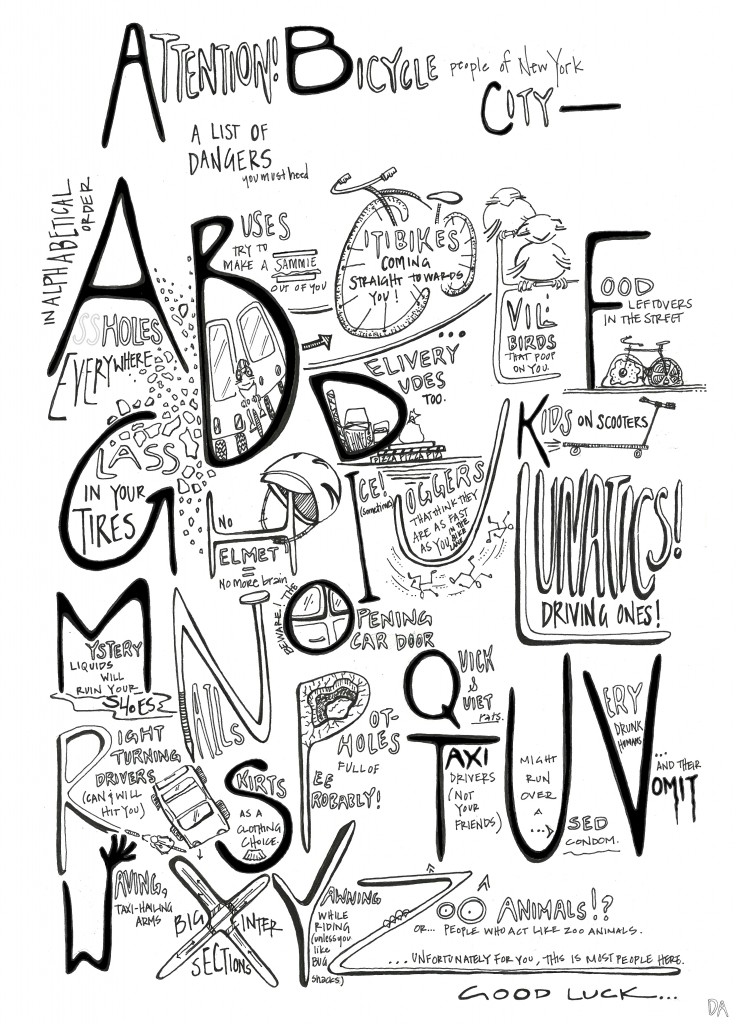 ***Despite all of these things I still recommend riding a bicycle.