Penn Station is for Losers

For the record, I don’t think New York (or it’s taxpayers) should pay $3.2 billion for the new Moynihan station. In his recent piece, Michael Kimmelman outlines a handful of worthy alternatives to the horrible mess that is Penn Station. What his criticism points to – but doesn’t directly address – is the perverse suggestion that we could reverse our mistake of tearing down McKim, Mead & White’s original Penn Station by trying to renovate McKim, Mead & White’s adjacent Post Office into the new Penn Station. This bizarre logic is akin to buying an iTouch and calling it an iPhone. Just because they’re both made by Apple doesn’t make them perform the same way (even with renovations). And all train stations don’t have to look like Grand Central, either. Add the fact that only 5% of Penn Station’s current commuters would use the new station only solidifies the lunacy of this idea. 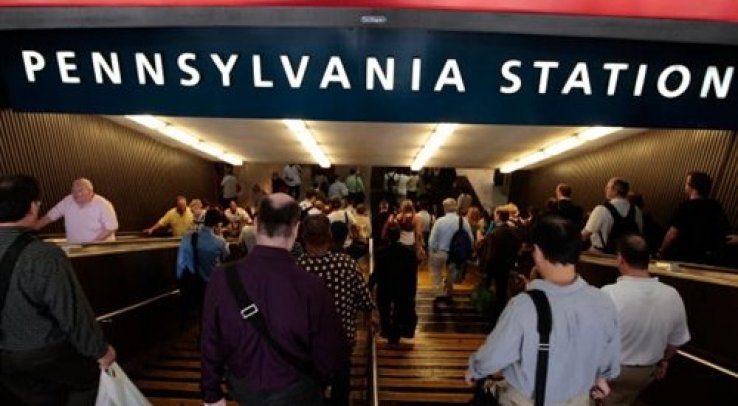 What this does point to is the growing need, maybe even the dawn of a new era, of infrastructural renovation, renewal, and adaptation. Our cities are of full of bridges, tunnels, stations, wharves, highways, and sewers that were built 100 to 50 years ago and need some attention. Beyond mere repair, there is a real opportunity to look at these physical developments as places of civic pride. What could the Gowanus Expressway look like if we capitalize on the volume of space it creates underneath it? What could the Red Hook Terminal become if we recognize its prime waterfront location? What could Penn Station signify if we don’t try to recreate the past but build for the future?