A Guide to Cuba: For those who will never know the struggle 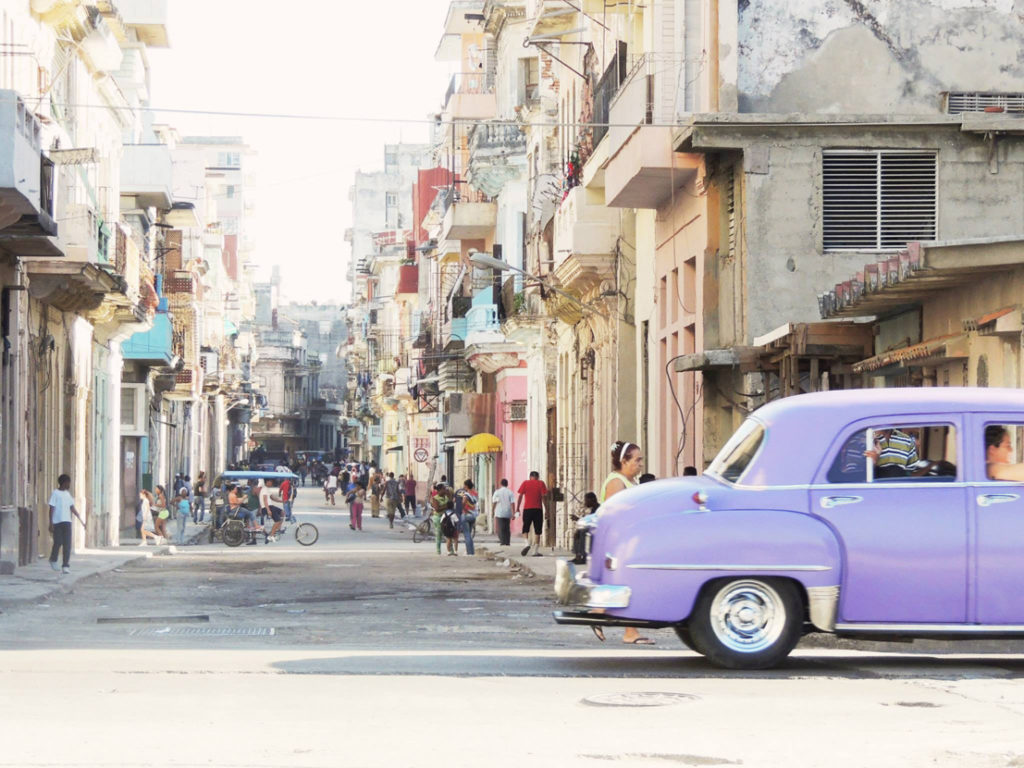 So guys, it’s happened. We’ve re- raised the star spangled banner over the US embassy in Havana. The ball is rolling and everyone’s in a mild state of panic/glee about when/where they can book flights to Cuba. This mad dash is a response to the forecasted surge in accommodation prices, the cost of food, booze (sad face), clothes and overall general fun times as a result of the coming influx of US tourists. Well guess what. You’re already TOO LATE. I however WAS NOT. I entered Cuba in February 2015 (as a British National) before the embargo was lifted and air was still ripe with a tension and mystery and all those other things I thought would be exciting about a “forbidden land”…..but alas this thirst for adventure came at the cost of my sanity, sweat, tears (gratefully not blood) and most of my clothes and cosmetics…..

Gather round, friends and let me tell you the tale of how Natasha and Jo survived their Cuba Nightmare*.

I guess booking a flight on United Airlines to Cancun should have already been a huge red flag for the epic nightmare that lay ahead for myself and my roommate, Jo (still suffering the PTSD I have only just overcome). As predicted by most of the American public, our flight was delayed. For FIVE hours. Meaning, surprise, surprise – we missed our connection in Cancun to Havana on Cubana Airline. This should have been our second red flag. The website for Cubana airlines alone looks like it was set up on an old IBM desktop in 1992. There’s a customer service number….it’s just that no one’s actually manning that one singular phone probably located in a 4th floor apartment in central Havana by an old lady named Rosa.

Landing in Cancun and not managing to get a hold of anyone in Havana to reschedule our connection, we were faced with the anxiety of having to find a hotel for the night. Only we’re then told it 3 nights as Cubana airlines is all booked for the week (plus ofcourse no one works there) and only Aeromexico will help us. Oh and to add insult to injury, it’s about $400/night for a hotel….anywhere…because, well….its Cancun. After a load of cursing and broken Spanish we manage to book a hotel and settle in for three days, happy with the silver lining that at least we’re going to see Cuba…eventually.

This period can be summed up in three bullets:

Rested, sunkissed and probably still drunk, we board our first class 1 hour flight to Havana. Mexico has been kind and amongst the initial stress of missing our flight, the kindness of the guy at the information desk (who got us the last two Aeromexico tickets) and the lady at the The Casa Magna Marriot who gave us an ocean view room for no extra charge because we looked so bedraggled, has made us look fondly upon Cancun. Who knows we may even return (upon our future lottery win).

First class on Aeromexico is not too shabby indeed – sadly we land as quickly as we take off and I haven’t even been served a beverage. But hey – who needs to dwell – WE MADE IT TO CUBA.

The following week is awesome and we travel between Havana and Varadero doing everything we’d planned on our itinerary; soaking in the culture and untainted beauty of a country that is truly lost in time. When I say lost in time…. I’m talking no internet, vintage cars and ancient appliances. The grocery stores are the most interesting to me – everything is behind glass like an old school general store (think Doctor Quinn Medicine Woman era…) because frankly there’s just not enough produce in even Havana for all of its inhabitants. Mystery brand deodorant will cost you over $16USD and the cost of diapers ($4/diaper) and soap ($10/bar) sits in strong contrast to the pennies you’ll pay for rum, cigarettes and guavas. Understandably the latter group is not imported and hence affordable to all, but what Jo and myself would come to learn a few days later, would be that our own washbags would be our saving grace.

Just a note – if this still exists after the 2016 commercial flights are available – if you’re travelling through Cuba, don’t bother with hotels. Instead use the Casa Particular system. It’s basically government approved Air BnB of Cuba in which you stay in rooms in peoples apartments. For all the obvious reasons this will help you in discovering hidden gems of different towns and getting to know locals. It’s safe and as two women travelling alone, we would highly recommend it. Plus at $10/night…you have enough money to buy as many damn diapers as you please! 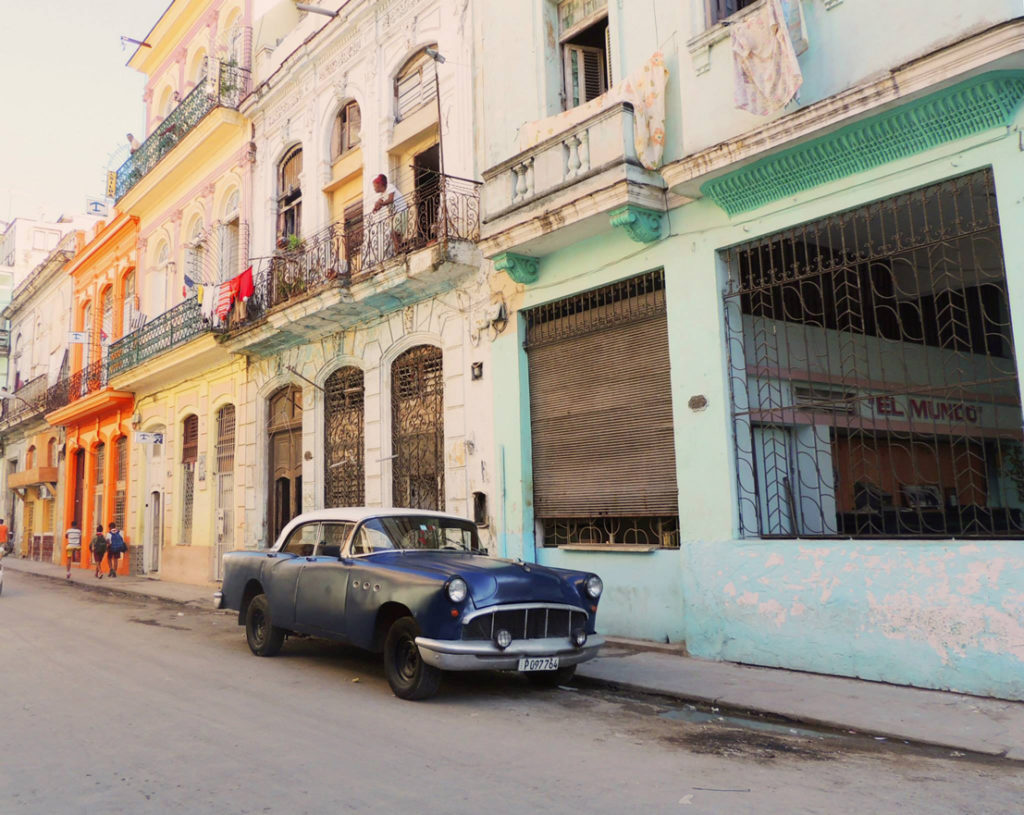 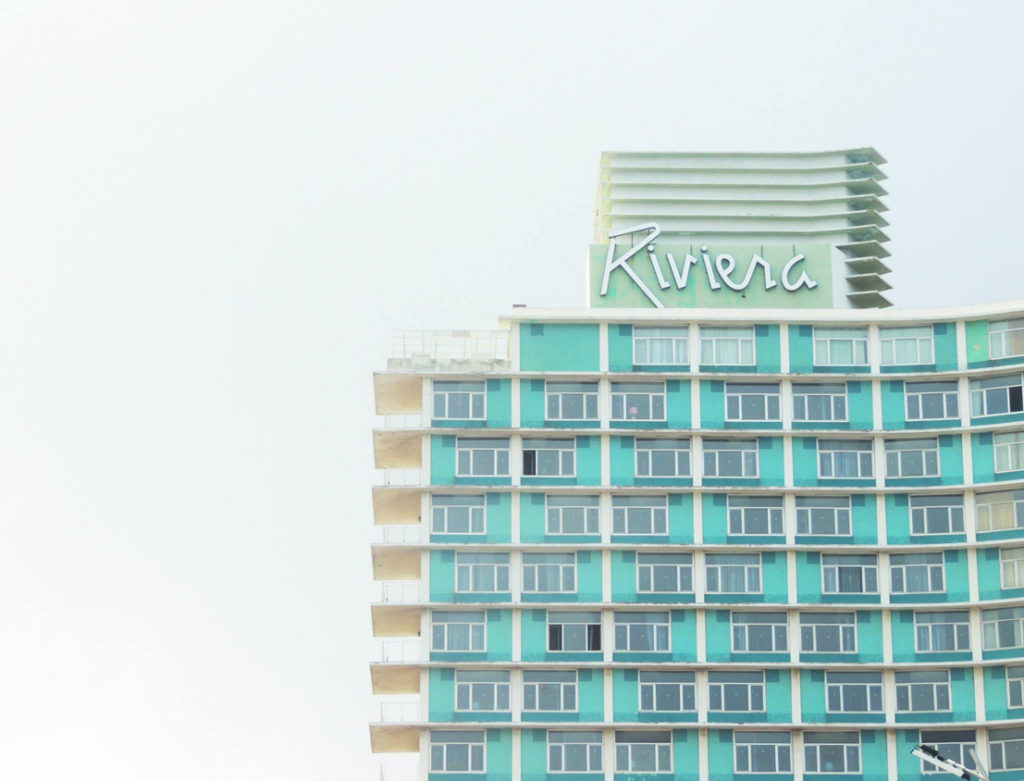 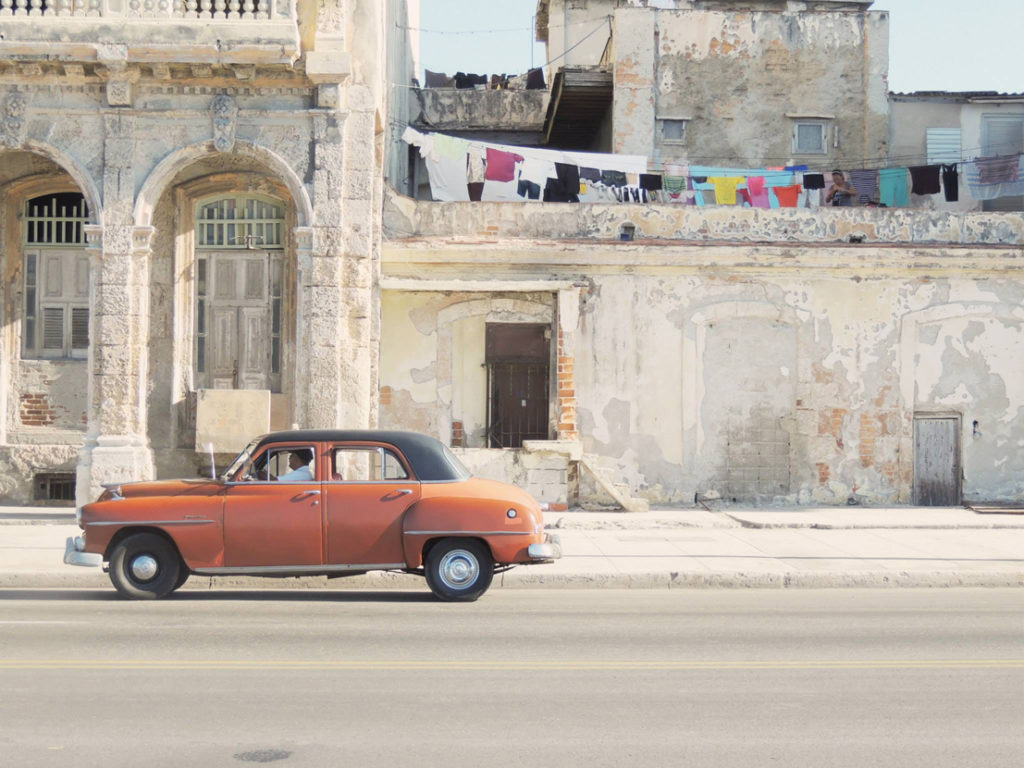 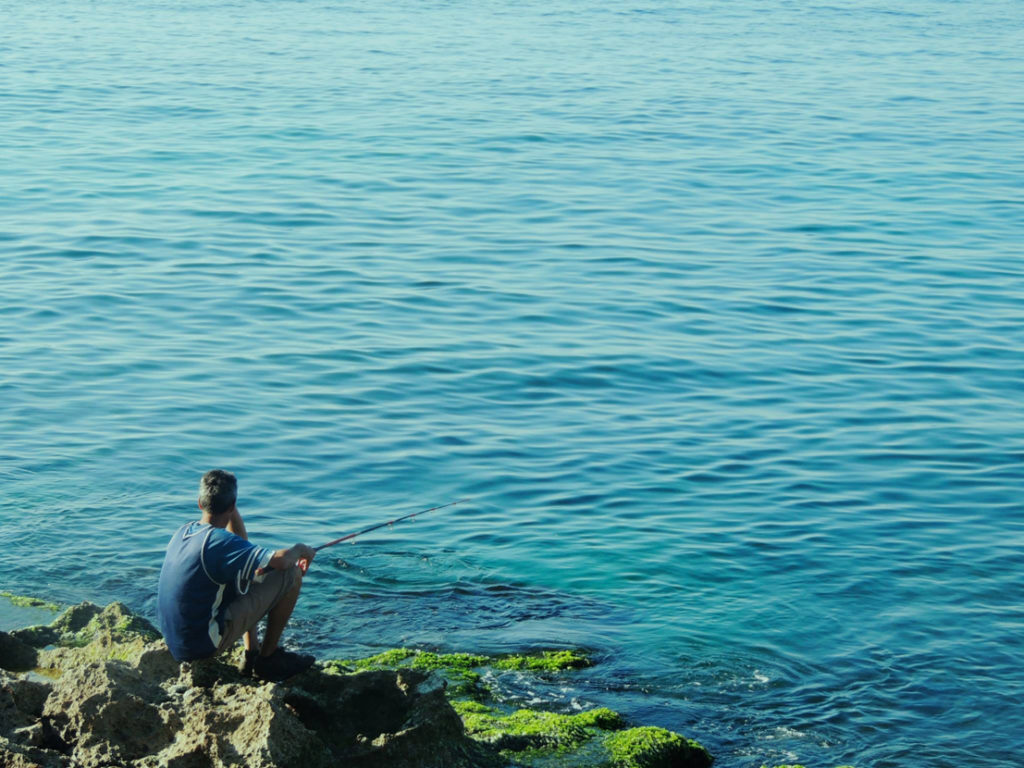 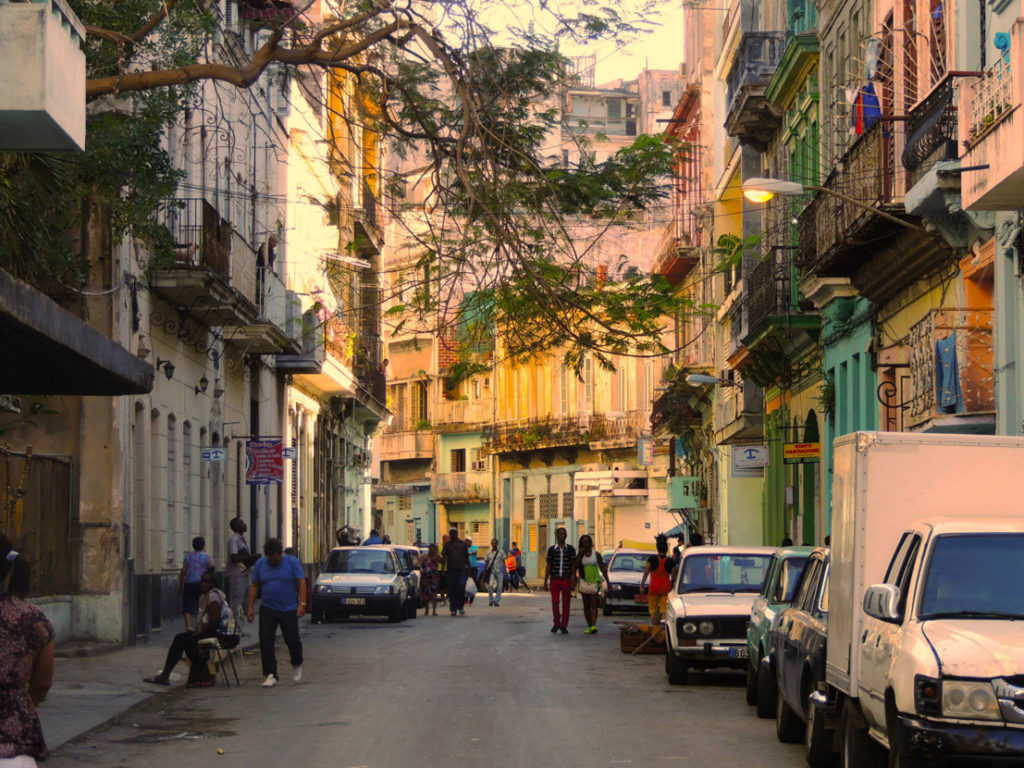 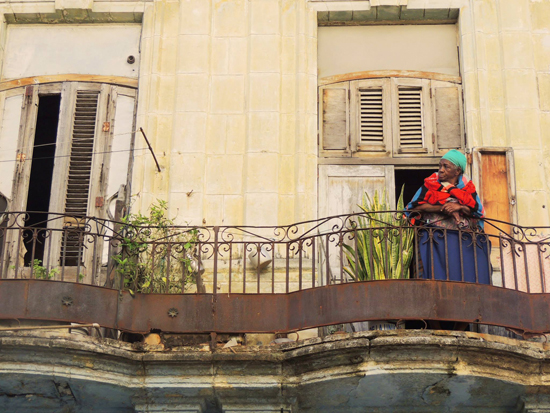 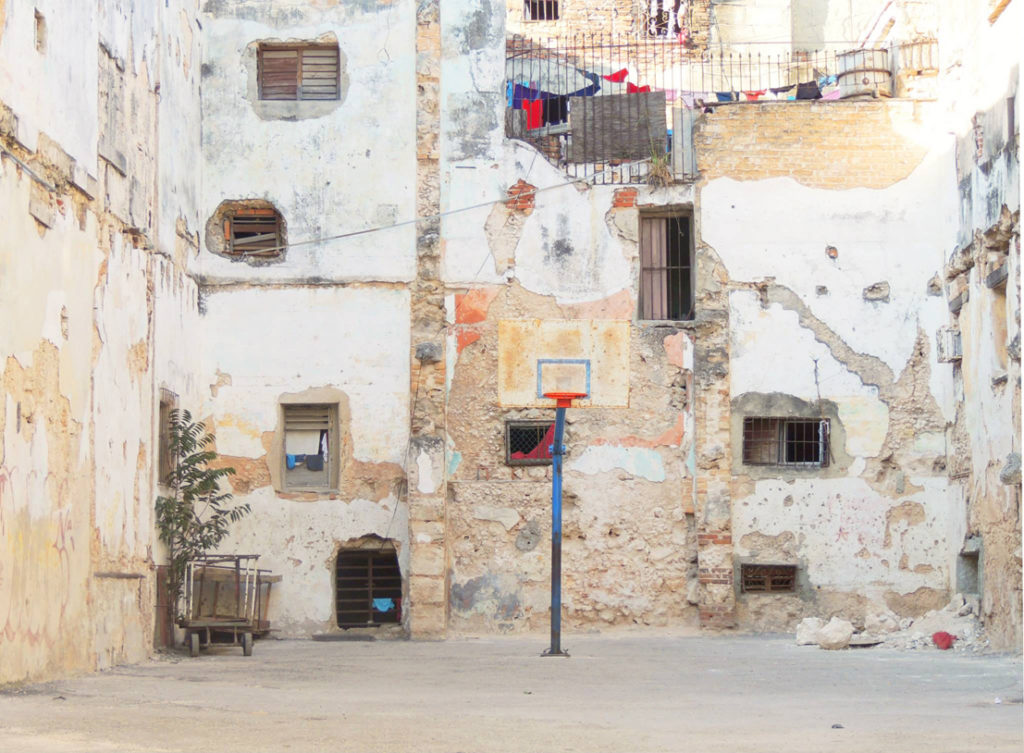 DAY 13 – 15: CRY ME A RIVER
And so the hellish journey back to NYC began…we show up at Havana International airport, ready to go home rested and full of guavas. But ofcourse, simply flying home would be just too damn easy. The Cubana airlines desk tells us we are not on our scheduled flight. Missing our incoming flight has meant that our outbound flight is subsequently wiped from history and honestly, they couldn’t care less that we’re now stranded with no money and no prospective flight to Mexico for another TEN DAYS. Oh yes the no money thing…in Cuba, US credit cards, debit cards and phones do not work. So when you say you’re going off the grid, you pretty damn well mean it. It also means that even when you’ve brought emergency cash, when you need to buy (yet another) plane ticket cash in hand at the airport, this is nearly impossible. Also it doesn’t help that half of Cuba has already been lining up 5 hours prior to your arrival at the airport, to buy the seats of tourists such as myself who weren’t aware of this weird cancellation process.

Words can’t adequately describe the ‘resting bitch face’ that most people in Cuba wear so effortlessly. I actually loved everyone I met in Cuba – I genuinely did find everyone to be kind and helpful…except for ANYONE in customer service. To be honest this Cubana Airlines worker was probably wearing such a facial expression as she was more insulted by the fact that I would think customer service is valid form of employment in Cuba. She didn’t like me or my broken Spanish, or the fact I wasn’t bribing her and so she continued to ignore me and before you knew it, Jo and myself – two fully grown women – started crying in public, in Havana airport, at the prospect of being stuck with no money in a foreign land for 10 more days. Did anyone care? No.

An hour later after finally accepting our fate of having to find new employment in a restaurant somewhere, we managed to split a cab back to the city with another British guy who shared our fate. We then split a wi-fi card with our remaining Cuban money and manage to find a flight operator online that accepts a Cuban IP address and a foreign credit card. Destination: TORONTO.

That’s right guys. This “vacation” was NEVER. ENDING. The british ally ended up helping us find a room for the night where we slept on a floor, paying in Cetaphil Lotion and NARS tinted moisturizer. Our other belongings helped us pay for a 3 hour bus (back) to Varadero to probably the saddest airport I’ve ever seen. The only bus we could get arrived 5 hours before our flight at 6am. And here’s the kicker….lining up for our Toronto bound voyage….we go to check-in and are told, with ‘resting bitch face’ (this country is nothing, if not consistent) that our receipts, e-confirmation, and e-ticket do not matter to the Cuban employees of Westjet. No, in fact we are not on this flight EITHER. More tears, more begging of use of Canadian phones of people waiting behind us (as they actually DO work on roaming), more running around begging for money for an international phone card, more tears….and then Ladie comes into the picture.

Yes folks, you heard right….Ladie. Ladie is a 6’ Costa Rican goddess with corn rows, large gold hoops and is dressed head to toe in white (hence why she is now referred to as our guardian angel). Ladie is from New Brunswick, New Jersey and sees our tears and the fact we’ve already been stranded here two extra days with no money and she is NOT happy with Westjet. Ladie is OUR SAVIOUR. OUR BEACON. OUR SHINING LIGHT.

Before you know it she’s managed to turn every passenger on our flight into an army of screaming hooligans who demand we be allowed passage to the home of poutine and excessive (?) plaid. And we win the war. We FINALLY board the flight and at last my Citibank card functions and I buy us wine. Our faces are now red not from excessive crying but from the rosy glow of Westjet’s finest Pinot Noir**. On the flight I realize that I have lost my coat. Yes folks, you really cannot rub more salt into this wound…. its February and I’m about to land in Toronto with no coat. The coat that I have lugged around our ENTIRE trip, I have now left somewhere in the vortex of happiness that is Varadero airport. I still think about this coat to this day…what it’s doing… who found it?….who could possibly be using a thick woolen coat in the year round sweltering heat of Cuba? Is it behind glass in a general store somewhere? (Probably.)

We land in Toronto (I very nearly kissed the tarmac) and I wrap myself in every item of clothing I’ve got with me. None of it smells good, and frankly I couldn’t care less at this point. We haul-ass to the Greyhound terminal in the center of the city and buy the last 2 remaining tickets for the last bus at 11pm that takes 13 grueling hours to reach NYC. Catching up on the world now with strong 4G LTE connections in Denny’s Toronto, we realize everyone thinks that we’ve died. A million emails growing steadily more panicked fill my screen as my parents desperately reach out to all of NYC (including the police dept) for signs of life… I feel like that girl who goes missing in Paris in ‘Taken’, except I haven’t been taken and Liam Neeson is not my father. Either way, I realize that it’s time to start replying to some emails. FAST. We’ve been gone longer than expected and without being able to contact anyone in NYC, I’m almost surprised my roommate hasn’t already advertised my room on Craigslist.

The Greyhound bus is bleak to say the least. The land border crossing in Buffalo is a surreal place and the entire journey is uncomfortable because no one can sleep due to the 70 year old Bostonian man in front of us who is screaming broken Cantonese down the phone to his young, 20-something mail-order bride-to-be about VISA issues…. But then we drive into Manhattan and NEVER has Port Authority Bus Terminal looked so beautiful. SERIOUSLY – NEVER.

*in a twist of irony, Venmo subsequently blocked my account due to having transferred money to Jo to repay her for hotel costs she covered in Cancun. Just adding the word Cuba into the caption for this payment led to a full on investigation by Venmo into my legal residence within the USA and proof that my money was not being used to fuel some underground Cuban drug cartel. I can assure you all the matter has been resolved and I have re-commenced Venmo transactions (predominantly with my roommate for the cost of takeout and Netflix)

**I must say Westjet wine is not too shabby just FYI

All this being said, I just want to stress that you really should visit Cuba…just wait until 2016, don’t fly United, and you’ll be all set…. 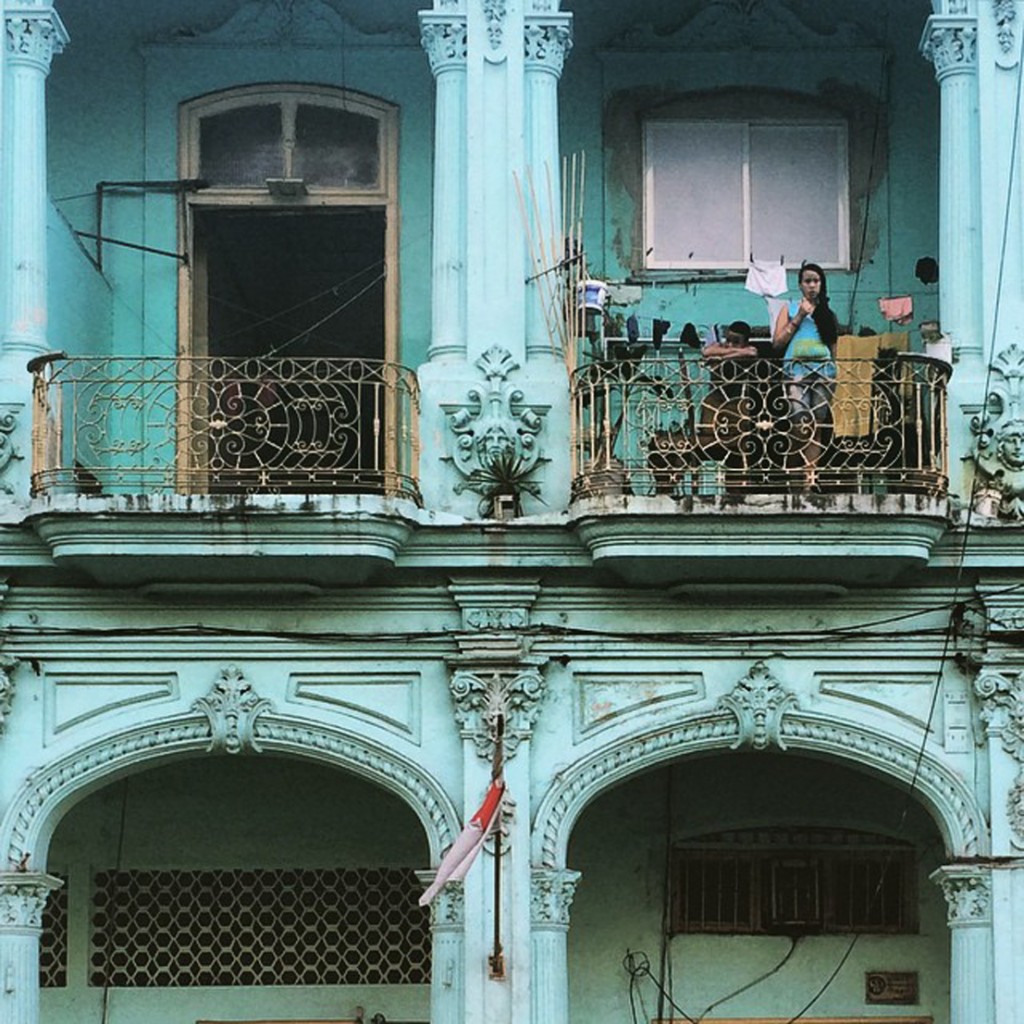