Whether we follow the rules or we break them, the repercussions of our decisions will be nothing if not interesting.

The idiom “the devil is in the detail” expresses the idea that whatever one does should be done thoroughly. One could say this is pretty important in a large number of professions, if not all of them; with details specific to each profession being the main contributor to its success or failure.

But what if the details are ignored, forgotten or erroneously misrepresented?

Well in architecture this could result in a titillating and horribly expensive ‘strip tease’ in which a building is forced to shed it’s outerwear and bare all for the world to see – in a similar way akin to the behavior of Kim Kardashian, although not quite ‘breaking the internet.’ Rather than being a lucrative venture, the strip tease of the National Gallery’s East Wing, in Washington D.C., was more of an expensive one, involving heavy machinery and hefty amounts of rubble. (Add Miley Cyrus on a wrecking ball and you’ve got yourself a VMA nomination…) 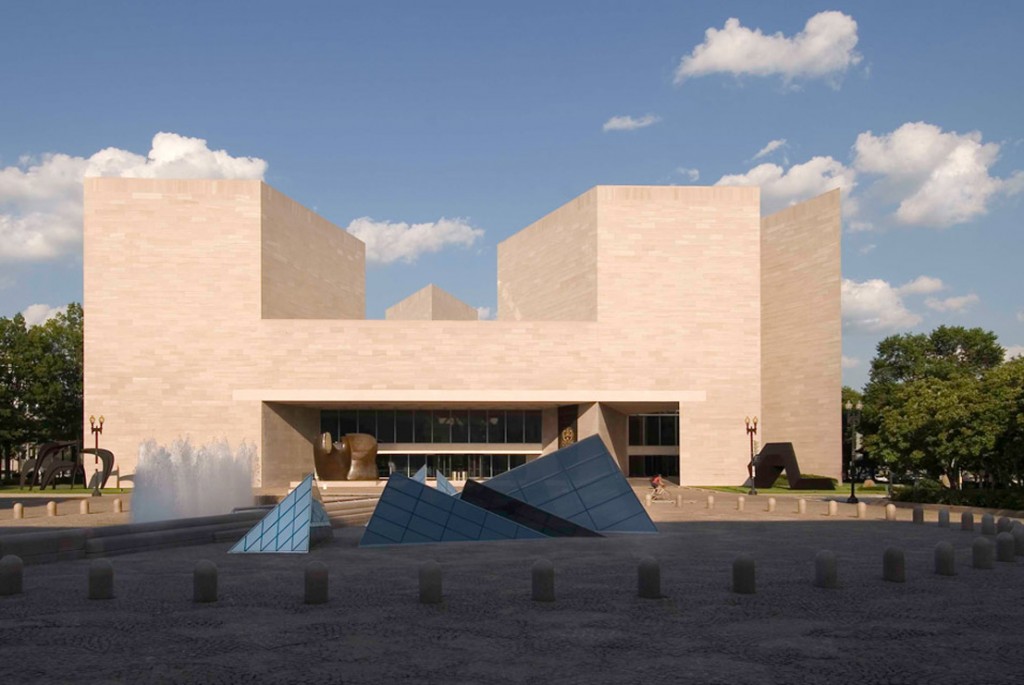 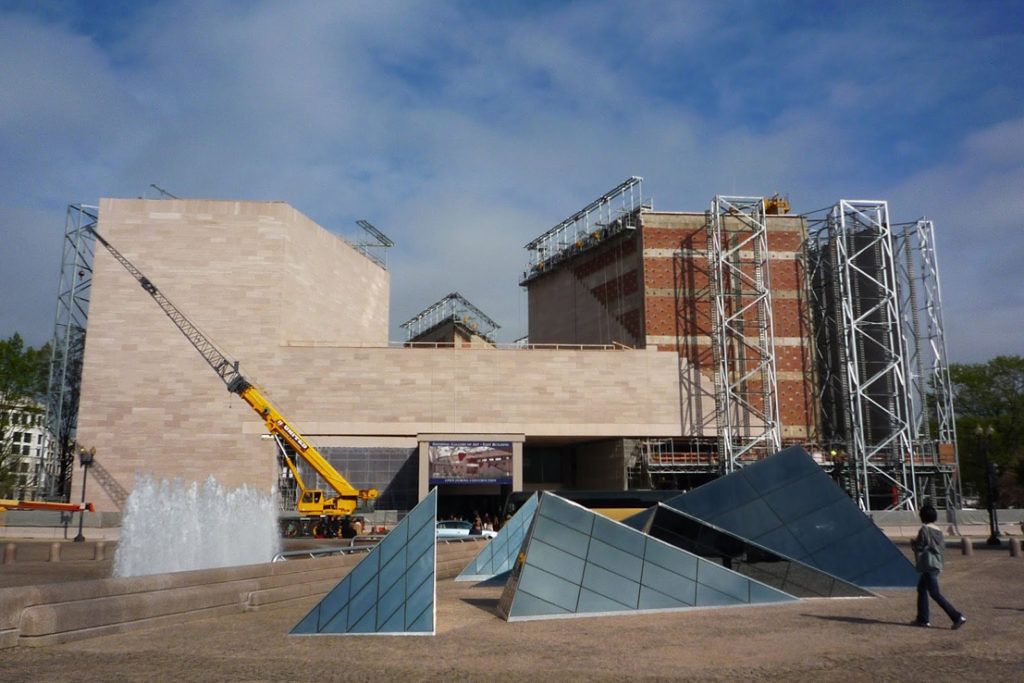 In 2005, I.M.Pei’s East Wing extension building for the National Gallery, completed in 1978, felt the urge to shed it’s marble feathers; resulting in the loosening of it’s 2×5’, 438 pound, pink marble panels. Excess mortar and lead shims tied the panels together, which was all well and good at the time. Upon completion in the late 1970’s, people marveled at the dramatic, 19degree knife’s edge on the building’s southwest corner, and then went on inside, on their merry way to enjoy the exhibits housed inside it’s triangular form. 27 years later and the result of poor detailing here and there has been felt like a slap in the face – an $85 million slap (to be painfully precise) ‘upside the head’ of Washington D.C’s taxpayers, not to mention the fear of falling panels that were potentially life threatening to pedestrians below. This $85 million cost covers the removal of over 17,000 stones, electronically tagging and cataloguing each one (using an iPad….of course…), milling and finishing them individually, and then replacing each of them in their original location. 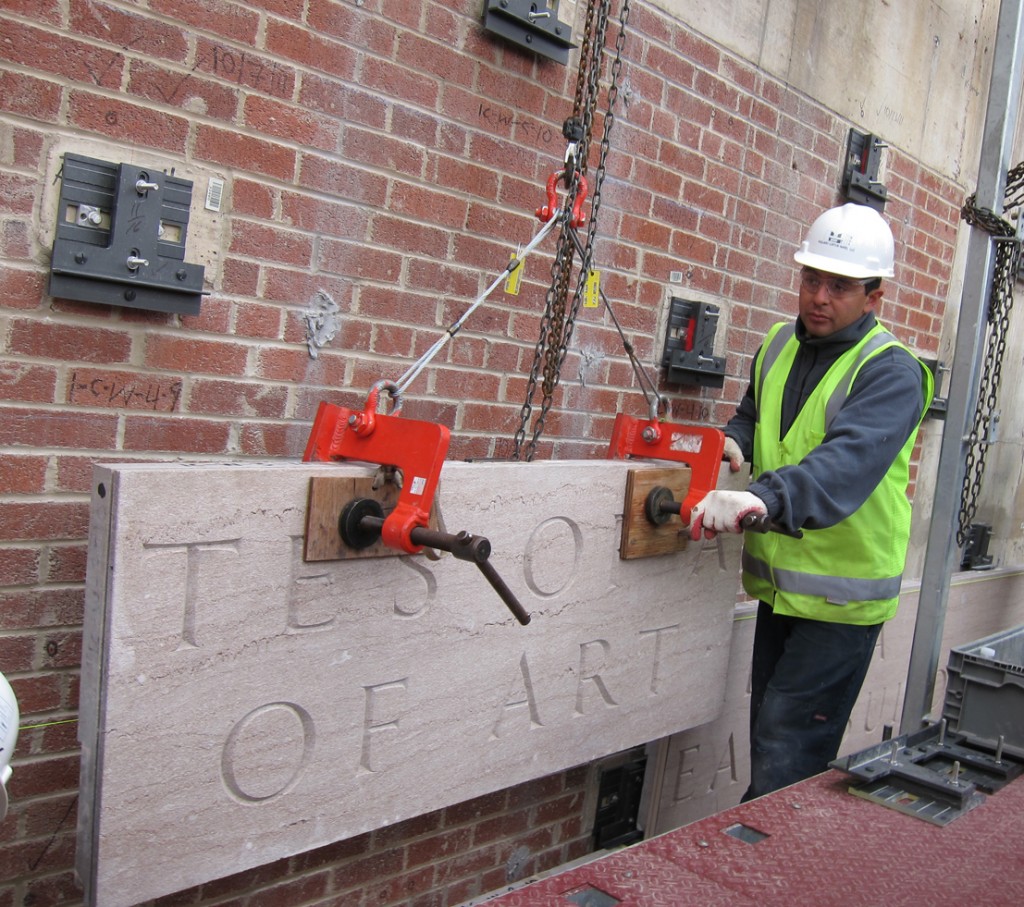 As a massive feat that has taken nearly 7 years to complete, the primary cause for this hideously expensive renovation of Pei’s curtain wall façade comes down to a very simple detail. For the sake of uniformity, Pei chose to forego the standard ¼” expansion joint, typical for curtain-wall stone cladding and instead used a 1/8” joint (with soft tubular gaskets for expanding stone in heat) in order to keep consistency with John Pope’s original building next door.

I mean, ok, let’s be honest; we’ve ALL been guilty of taking shortcuts or making last minute changes for the sake of aesthetic fluidity and visual harmony. I myself have fallen prey to such desires; it came at the cost of a notable architect ripping up my drawing and throwing his ruler at me in what can only be described as a hellish final review in my undergraduate years. But at least my design wasn’t real. It wasn’t to be constructed, nor ever inhabited by any human person. It would remain in small scale model form and use the years to come to gather dust in my parent’s garage. Pei’s building on the other hand was to be an icon upon the National Mall. He even advocated his curtain wall approach as “a technological breakthrough” …#awkwardsilence 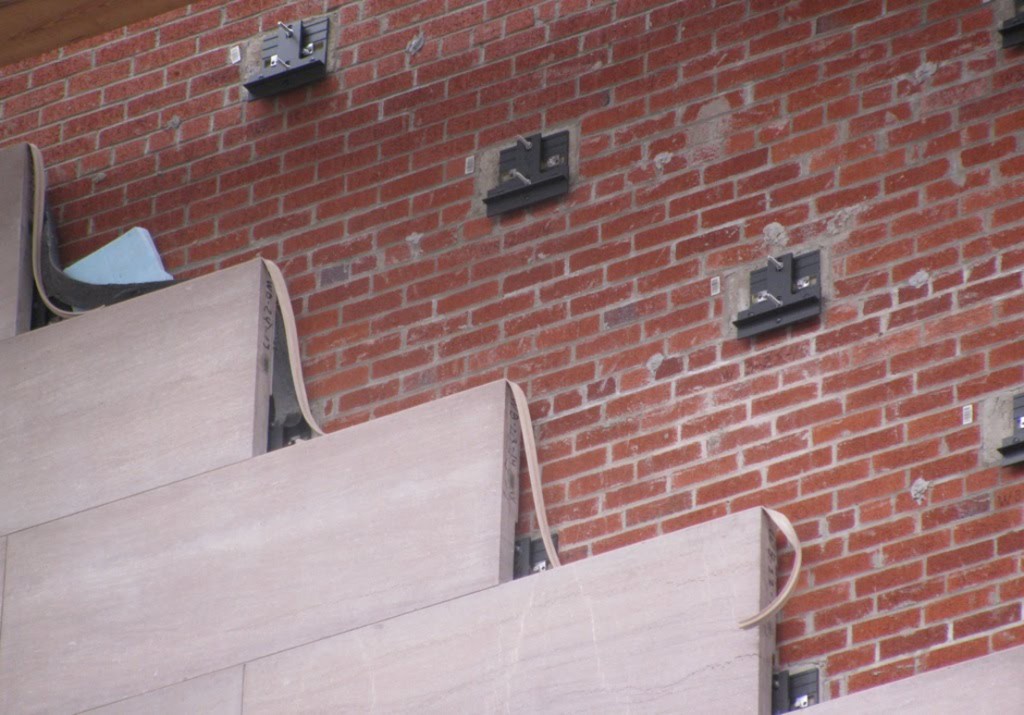 The thermal expansion of the panels, the drying out of the gaskets and the shrinkage of the concrete frame has all combined to form one big expensive problem. In disregarding the details and rules set for this method of construction, his actions have cost the National Gallery, 7 years of architectural strip-tease…. Just with more strip, and less tease.

Ironically, in the same year as its initial construction, Bernard Tschumi released his manifestoes via his “Advertisements for Architecture” poster series.  One notable poster was entitled ‘Ropes and Rules’,

I know… I bet when you started reading this post, you didn’t think it would end with such a choice…. 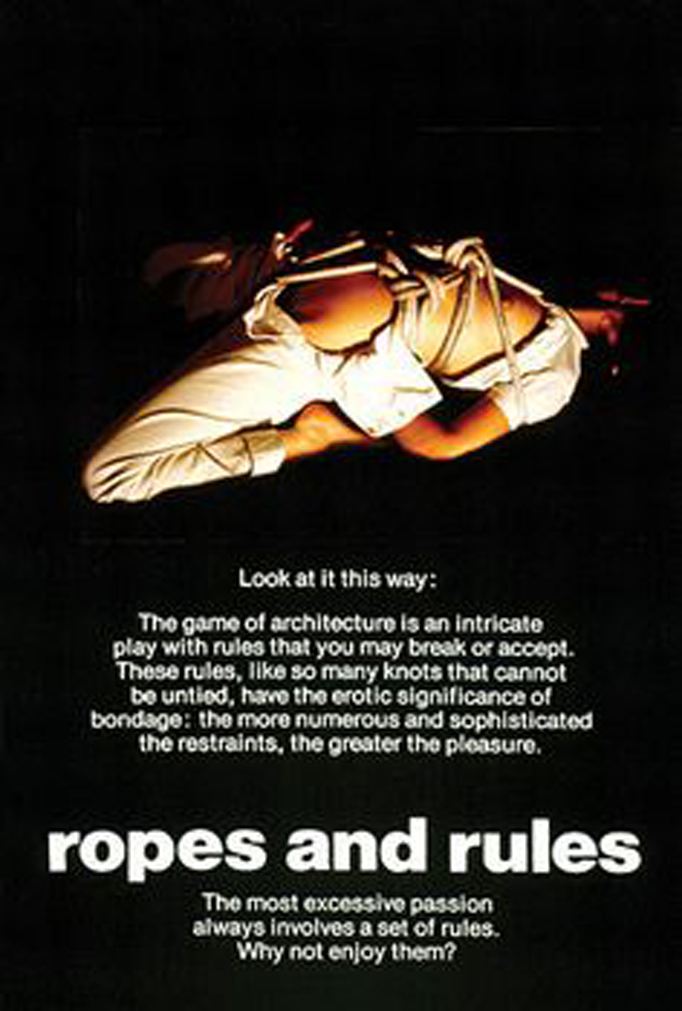