In 2015 Tom Colicchio and Sisha Ortuzar wondered how to remind consumers of ‘Wichcraft’s leadership in fast casual. Their brief to Mapos proposed redesigning ’Wichcraft spaces to more strongly communicate the brand’s commitment to locally sourced natural food, and to the well-being of supporters ranging from farmers to kitchen employees and customers. Our reinvention would fully come to life in a new ’Wichcraft location, and roll out to new and renovated locations throughout New York and the East Coast.

The prototype Mapos-designed ’wichcraft opened in a landmark Tribeca building in July 2016. In addition to underscoring brand message, the space resolves a barrier to success that we uncovered in our field research—namely, that existing locations lack easy navigability. In response, the Tribeca sales counter sits at the back of the dining room, with the menu board overhead. A variety of counter seating and table seating preserve sightlines to the menu boards, and encourage single-user or community dining.

Given the diverse conditions of ’Wichcraft’s existing locations, we completed the Tribeca restaurant with an eye to how that concept could adapt to a variety of spaces. Materiality is one effective means of achieving consistency. Our approach to Tribeca’s counter seating also supports rollout. It is part of a larger framework of shelving, display boxes, and signage, called the Market Wall, which can be scaled for small and large spaces alike. 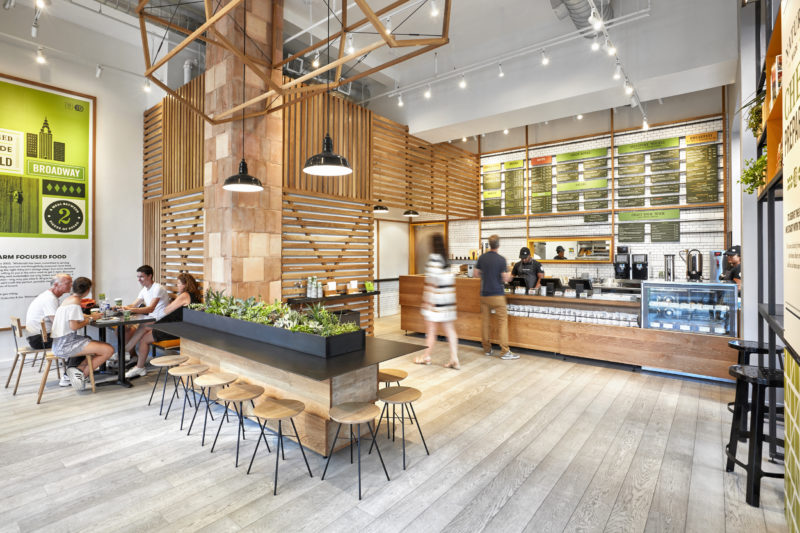 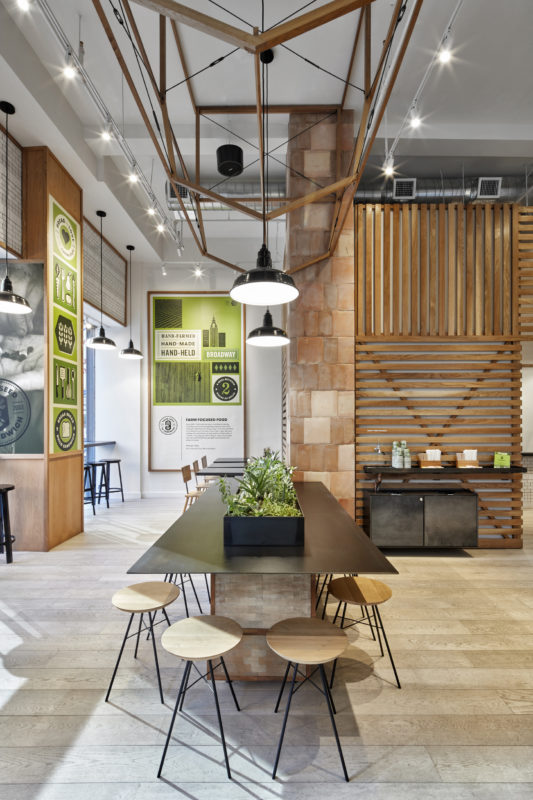 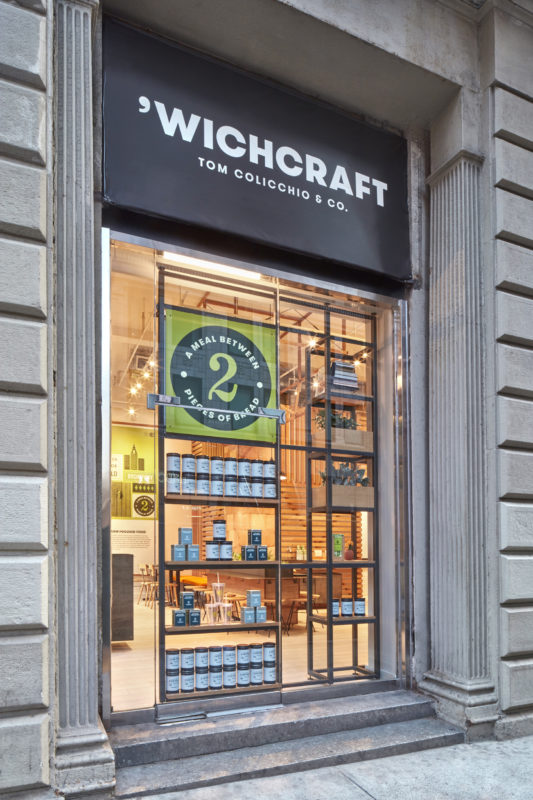 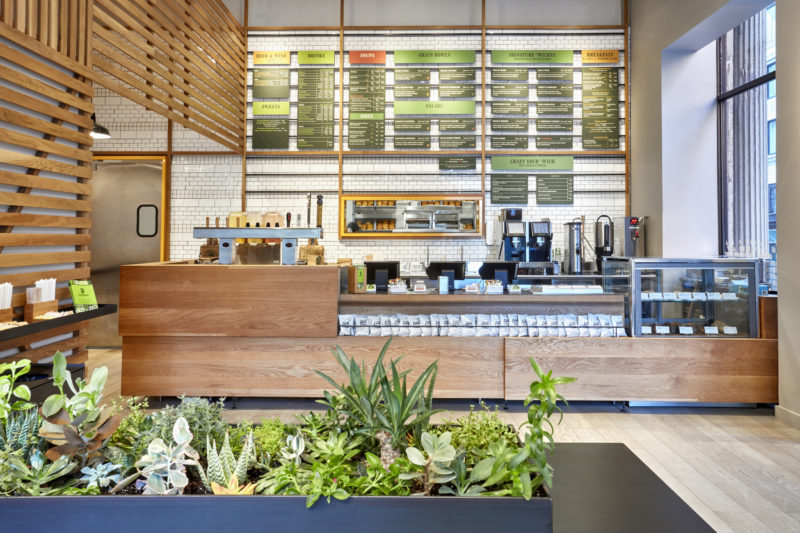 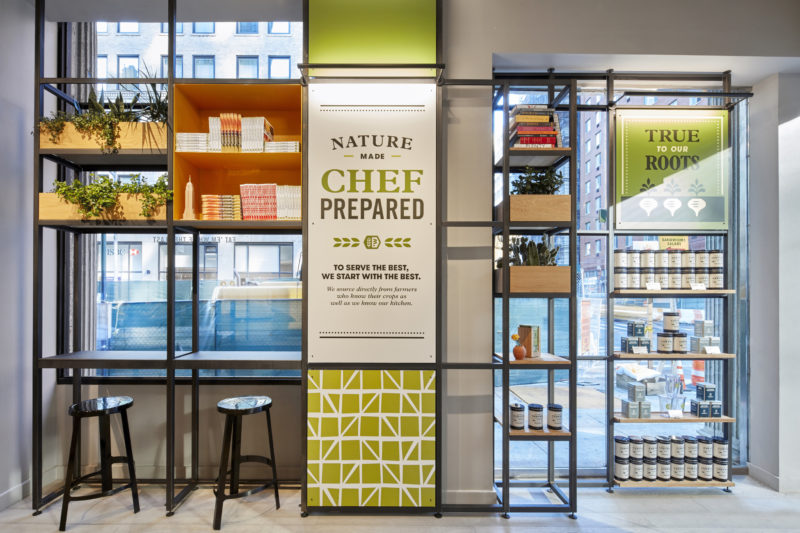 To enhance legibility, we set the menu against white ceramic and oak. The board’s tiled signage is modular, and can be reconfigured quickly to reflect seasonal items. 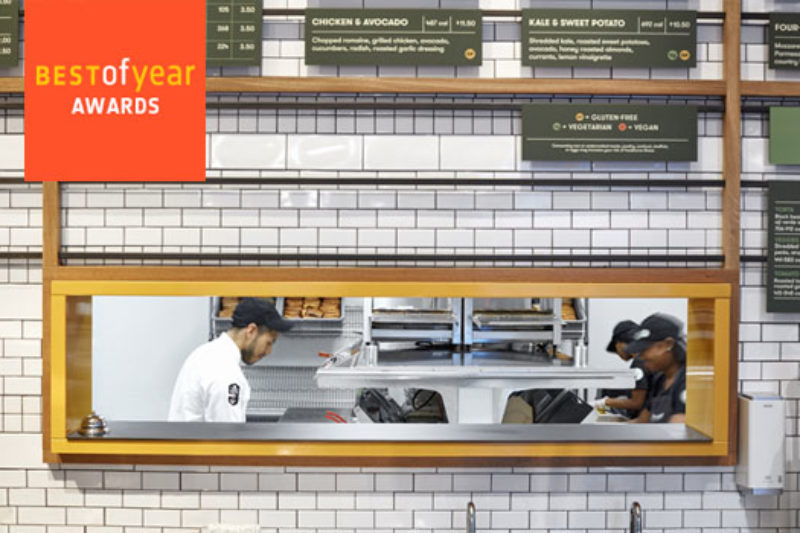 The Market Wall places branded merchandise and graphics at the most prominent wall, and in effect becomes an extension of the exterior ‘Wichcraft sign. 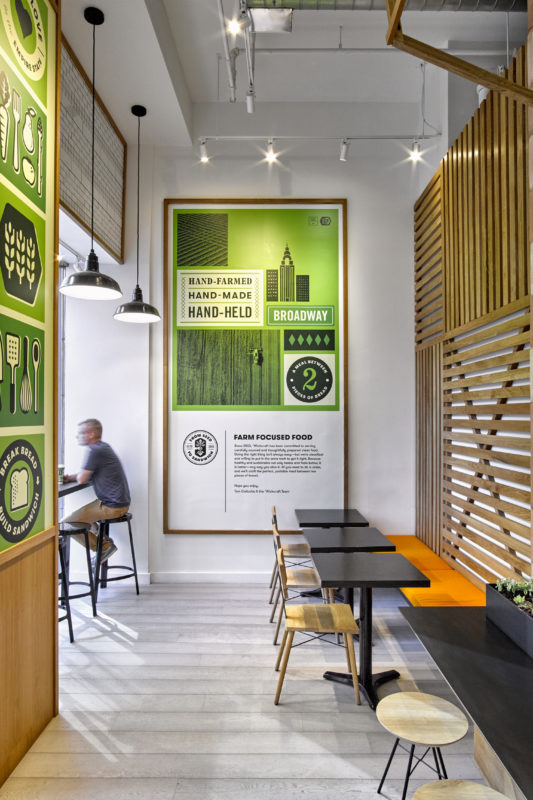 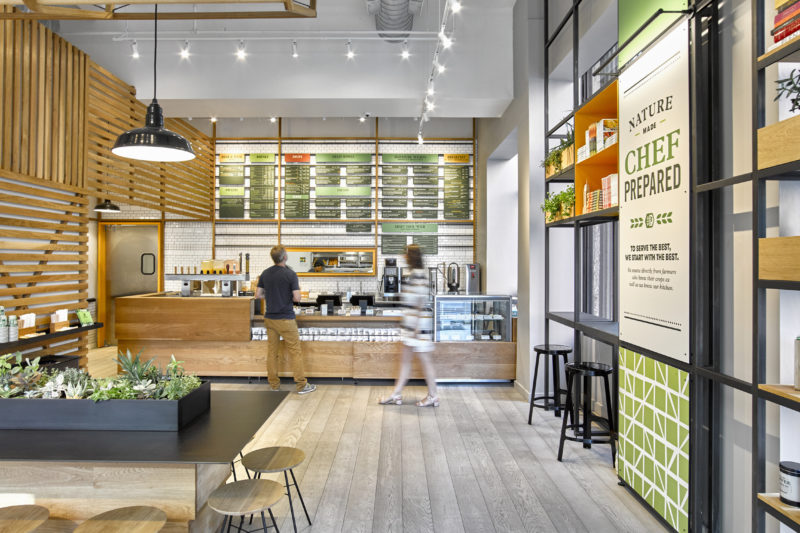 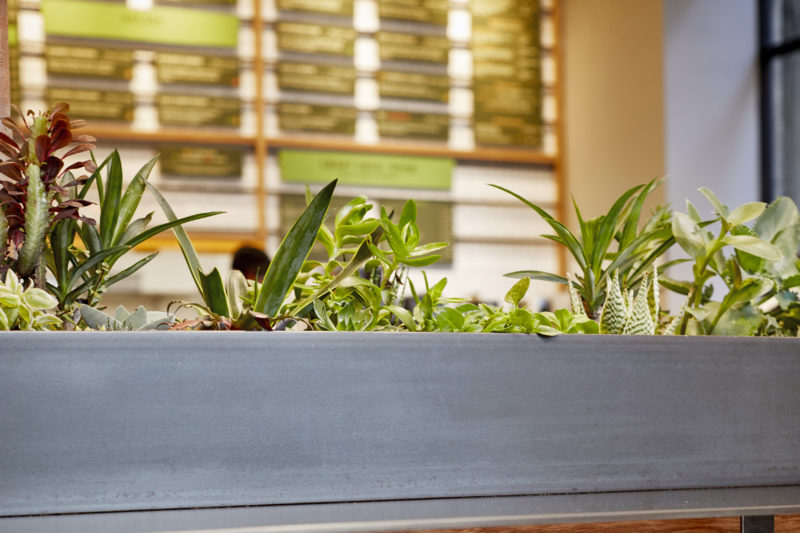 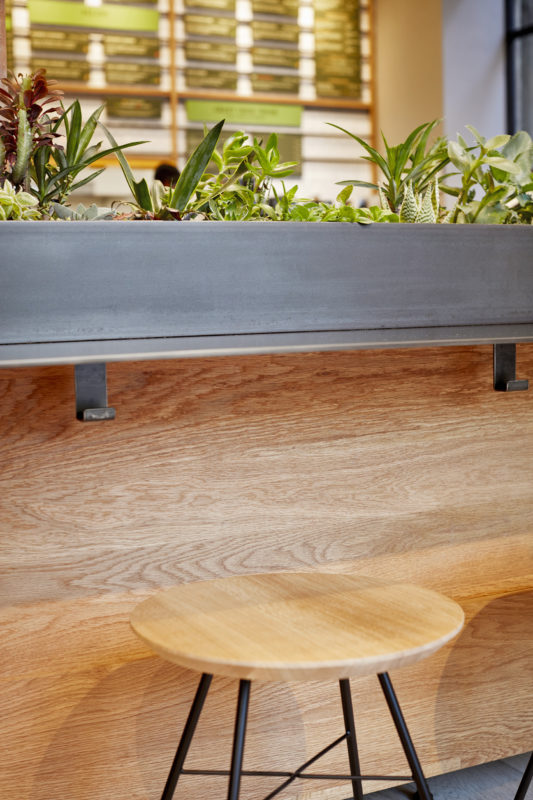 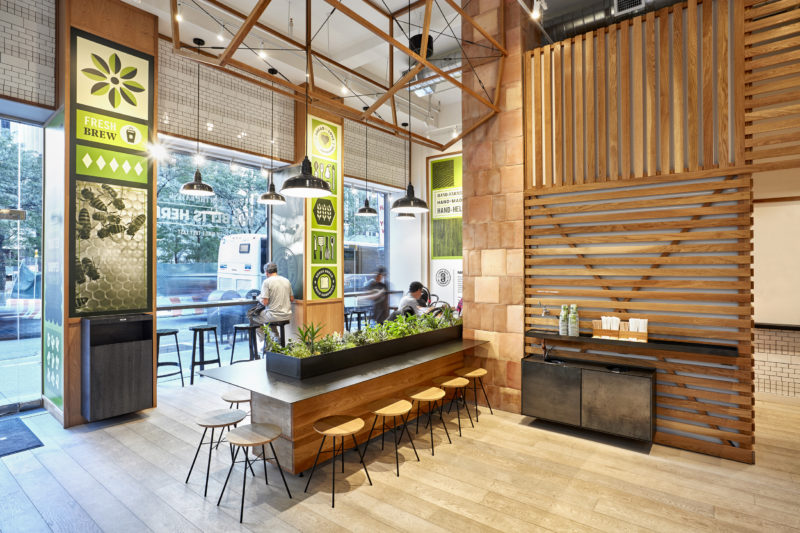