Real estate development company, The Vorea Group, asked Mapos to work with them on a commercial campus in Long Island City, New York. Vorea had recently acquired two buildings, totaling 45,0000 SF opposite a two-story building they had previously developed. The two new mixed-use buildings are being expanded and renovated with ground floor retail and upper floors of commercial office space. Mapos is also designing the new public space – once a dead-end alley – in the middle of the new campus. 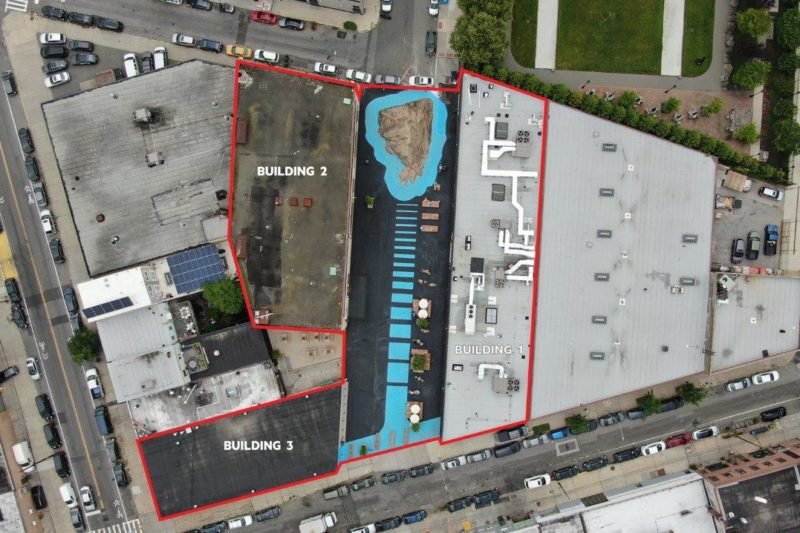 The first phase of the new public space is a graphic resurfacing of the street and custom furniture and planters. An existing glacial rock dominates the space at North end of the street. 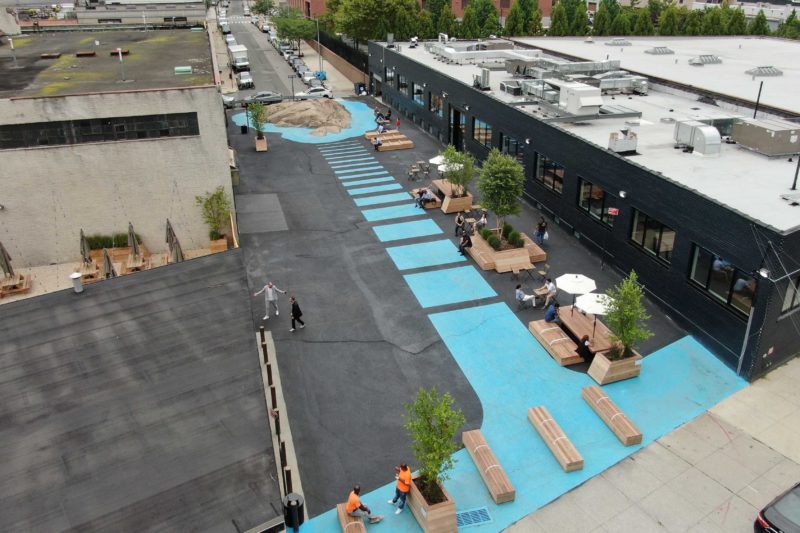 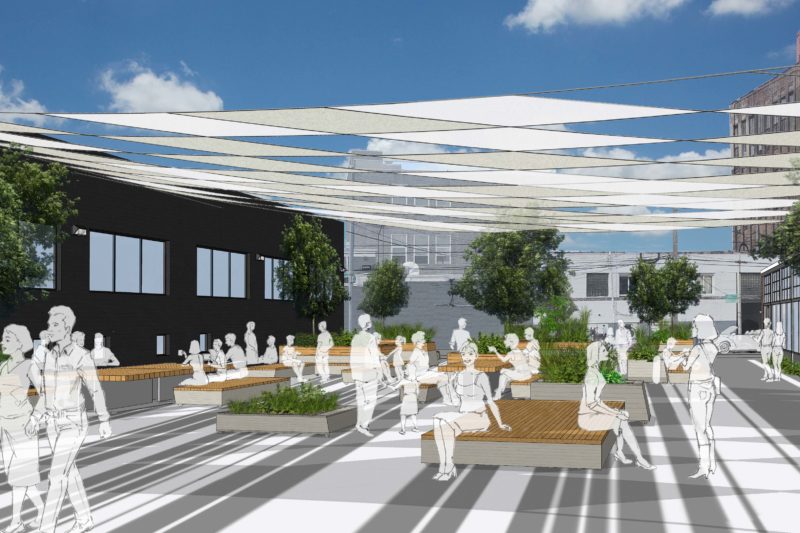 When the campus is complete, the public space will be further developed with permanent landscaping, public art, and sunshades, creating an active hub for Long Island City.

A 35,000 SF 4-story building is an adaptive reuse of a 2-story warehouse. It is composed of ground floor restaurants and retail with 3 levels of open office space above. 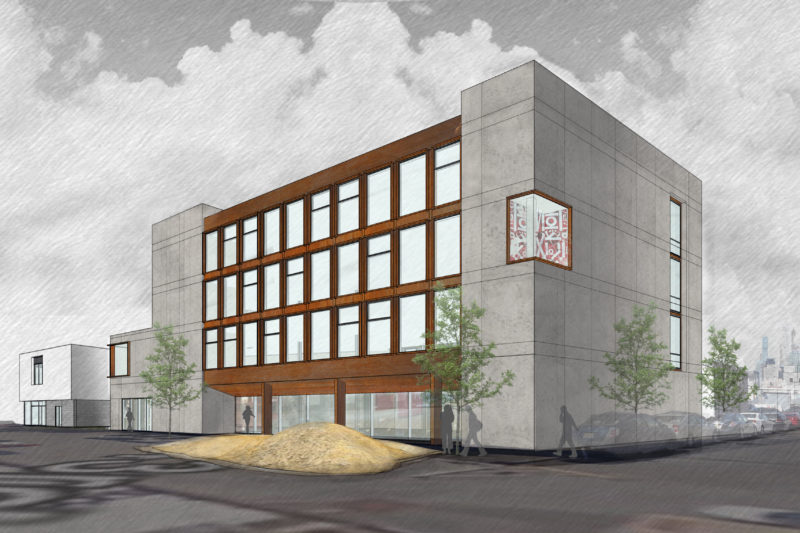 A 10,000 SF 2-story building is an adaptive reuse of a single-story warehouse. It is composed of ground floor restaurants and retail with a new level of open office space above.