Mapos was involved on a pro bono project with Living City Block, an organization with a mission of creating resource efficient developments. Located in the Gowanus section of Brooklyn, the objective was to create a conceptual design integrating new and existing buildings on a city block where power, heating and cooling could be shared via a centralized co-generation plant.

Given the World Health Organization’s prediction that by 2050, 80% of the world’s population will live in cities while 75% of our existing building stock will still be in use, there will be an increased need for space and energy. Living City Block advocates developing a new paradigm for retrofitting existing city neighborhoods.

With consolidated electrical, heating, and cooling systems for each block, urban centers could efficiently accommodate population growth. In addition, peak load times could be mitigated, since commercial and residential resources—which are typically at opposite times—would be shared via one smaller system sized for the larger of the two uses.

This initiative goes beyond creating co-generation plants to include other solutions for a healthier, more sustainable urban environment. Mapos worked with several volunteer consultants to design features, including bioswales to trap pollutants in runoff water before it enters the watershed (i.e. the nearby canal). Bike lanes, green roofs, and a landscaped park on the banks of the Gowanus Canal are also part of the strategy. 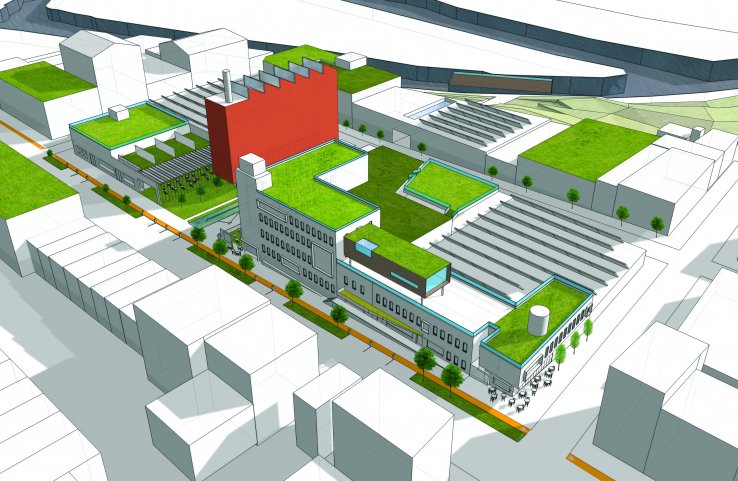 Located in the Gowanus section of Brooklyn, the objective was to create a conceptual design that integrates new and existing buildings on a city block where power, heating and cooling could be shared via a centralized co-generation plant.

Mapos proposed using an existing warehouse building (currently covering over 50% of the block) for a renovated local hotel with integrated event space for use by the community. 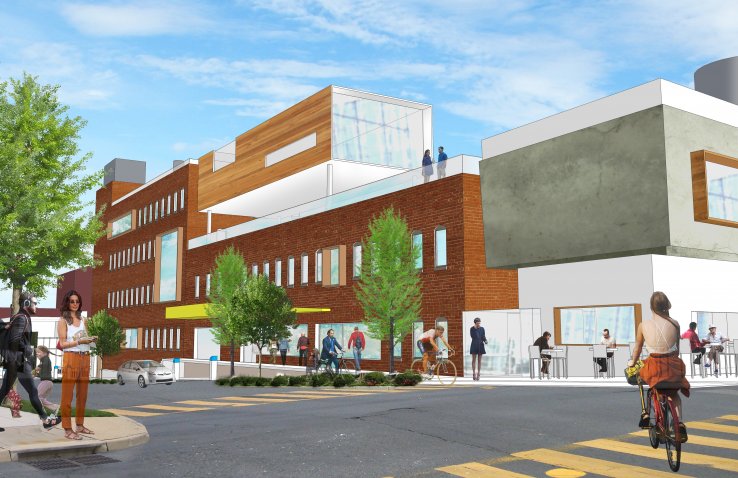 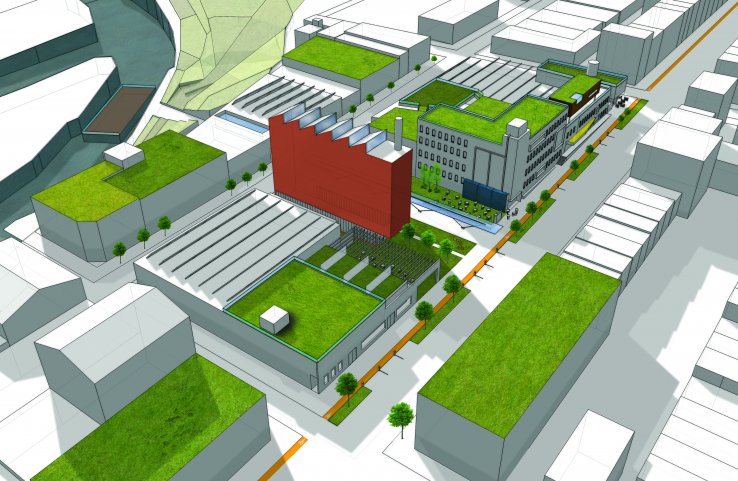